If you don't have anything nice to say, don't say anything at all

This well known quote from manuals of etiquette is something that I try to live by, particularly on social media.

Twitter (and increasingly Facebook) seem too full of stories of hate and dismay, so I tend not to add to it. I’ve been busy with work for quite a long time, which explains why I’ve been so quiet on social media for a while now.

But there’s a problem - by not speaking up about positive things, it creates an echo chamber of negativity. I’ve spotted this same fact with app reviews for my day-job - if I’m not sharing my positive (or even somewhat neutral) news, then everyone sees more negativity.

With that in mind, you’ll be hearing a bit more from me going forward - the good along with the bad - I hope it won’t be too annoying!

I’d love to give my Grandma credit for this quote - but really is a paraphrasing of a wise old lady called Alice Roosevelt (daughter of Teddy) who said:

If you don’t have anything nice to say, come sit next to me. - Alice Roosevelt

I think the original quote is even better - I think I may start using that instead! 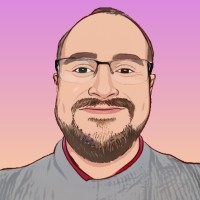 A sci-fi geek that helps companies do product development well.